Have you ever made canolli? My son and I were shopping at TJMaxx months ago and he picked up some canolli molds and asked, “Mom – can we make canolli?”  Well of course.

Many weeks later we found them in the back of the drawer and we decided New Year’s Day would be the perfect time to try them.

The only time I’ve had canolli was when my husband and I took a trip to NYC. We were walking along a dark street (probably not that dark) when he was SURE men were following us. We ducked inside a bakery. It couldn’t have been that dark if there were bakeries to duck into, right? Anyway, we were standing there staring at the nice Italian women selling canolli so we had one option. Canolli it was. Pretty sure the men “that were following us” weren’t, and it was just a good excuse to get some baked goods 🙂 Better safe than sorry. I don’t quite remember the canolli which means I was too shaken up (nah) or they weren’t “to die for” as my daughter would say.

When I made the canolli, I made the crust in the morning which was quite easy. Flour, butter, a little sugar, salt, cinnamon and wine. Apparently wine acts a lot like vinegar in a pie crust – keeps it nice and flaky. It did. The filling is ricotta and mascarpone cheese, a bit of powdered sugar, whipping cream and a little lemon or orange zest. What’s not to like really. I fried the dough in good old refined coconut oil (so they wouldn’t taste a lot like coconut), dipped the ends in mini chocolate chips and pistachios and we had canolli – canolli’s ? for dessert. Here’s a tip. Skip the molds. They were about impossible to get off. They were hot and slippery and then the crispy dough stuck so half of the shell was cracked and in pieces. I ended up just folding the dough over my finger – in a canolli type of shape – and sealing the very edge with a bit of egg white. Then I just gently slid them into the hot grease. They held their shape and there was no fighting the mold. Another tip: these do not keep. The shells do and the filling does (for a day or so) but do not fill until you are ready to serve them. Oh and I also forgot to dust them with powdered sugar. They would be much prettier if you did.

Even if you aren’t a die hard canolli fan, you should really make them once.

and yes. I am aware that I have not posted anything in YEARS.  Holy Canolli. 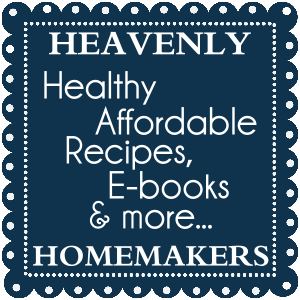